1793: Lieutenant Hayes (exploring the Derwent River) came ashore, found carnelian stones on the beach and called the bay Cornelian Bay after the carnelian stones.
Carnelian is a brown-red mineral commonly called a semi-precious mineral.
It is a form of silica coloured with iron oxide. Colour is between pale orange and intense black.
When I wander Cornelian Bay the stones don’t attract me. They appear boring, normal and not unusual. An early explorer saw something in the stones which I don’t and 200 years later we live with the name.
Cornelian Bay is one of the few local places named uniquely. Not named after a person who never came here or a foreign place.

1804: Sullivans Cove was settled and Cornelian Bay became the place for a farm that grew vegetables and other produce for the people in Hobart.
Later Cornelian Bay became a popular recreational spot. Boatsheds were built.
Baths, changing rooms and diving board were built by the Hobart City Council in the late 1800s. and given to the aquatic club members for free.

2009: The baths and diving board were destroyed by a fire.

Today swimming in Cornelian Bay is legal but very uncommon.
Cornellian Bay is popular as a place to walk or wander. An off-lead dog area exists on the north side of Cornelian Bay near the cemetery.
Cornelian Bay is a popular place to moor your boat; jet ski; kayak; canoe or sit in a boat adjusting the sails.
Fishing from the sheds used to be common. Many stories of people catching and selling fish during the depression.
Today fishing is infrequent. People are reluctant to fish. The story is that toxic metals in the river make the local ground dwelling fish unsafe and unhealthy to eat. Fish passing through are safe to eat. Seals and dolphins can be seen eating the local fish.
Cornelian Bay has a beach. By the beach is a road. Across the road are numerous sporting fields.
The sport fields are used for hockey, soccer, football, running, social activities and dog exercising. They are very well maintained by Hobart City Council. Newtown Rivulet is the council border. Glenorchy Council begins at the rivulet.

This track is dirt and rocks. After rain very few puddles. Track undulates up and down. The track is very popular for dog walking.
Below the track can be seen Aboriginal middens. There are no signs about the middens. The middens consist of mainly scattered empty shells from native oysters. The native oyster shells are a different species from the Pacific oyster which is grown in all the oyster farms around Tasmania.  The middens should be left alone.

There are a few paths off the main track which wander down to the river. Skim stones or paddle.
Seals and dolphins do appear.
Sea birds are very common. 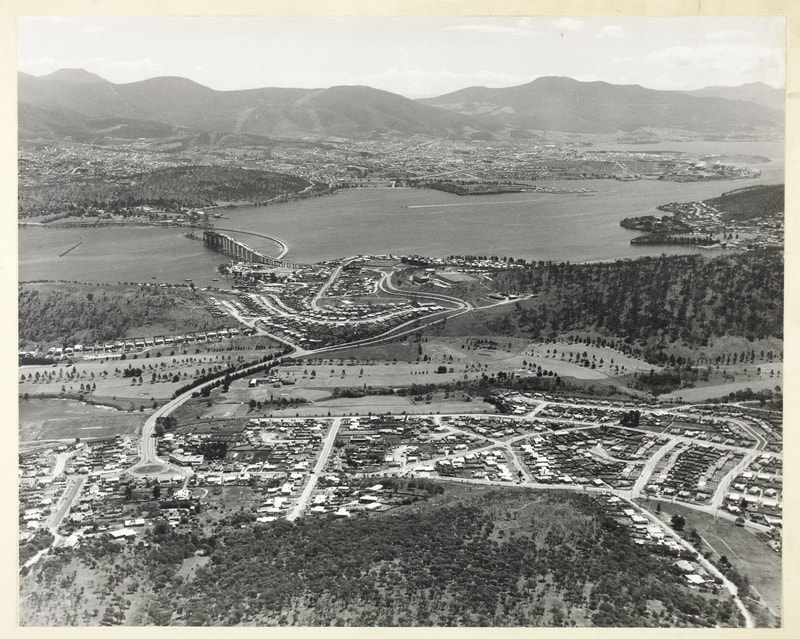 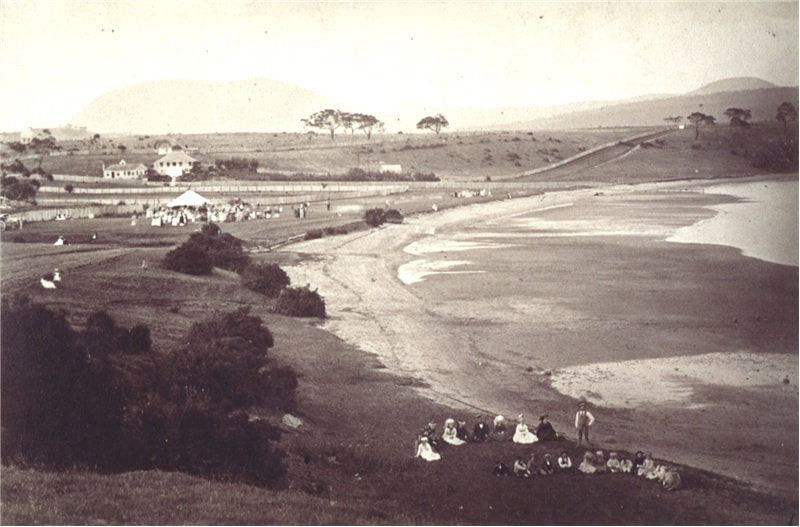 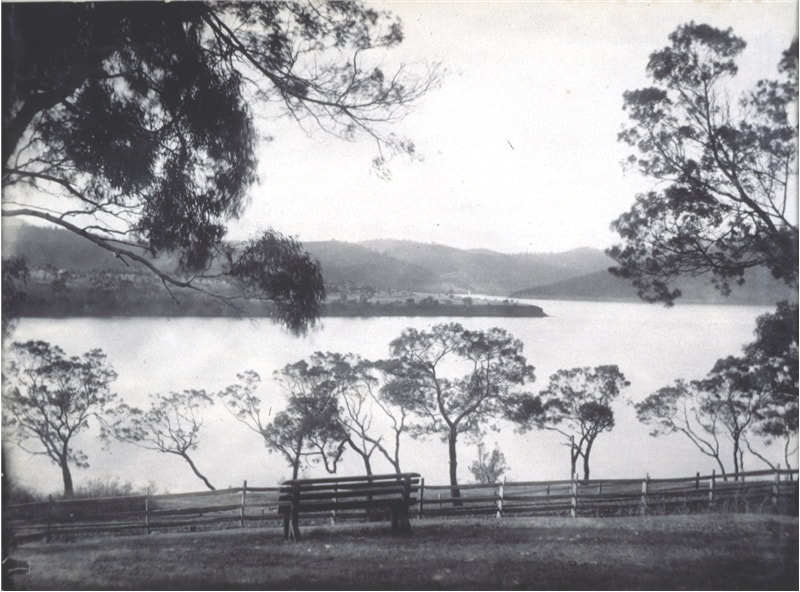 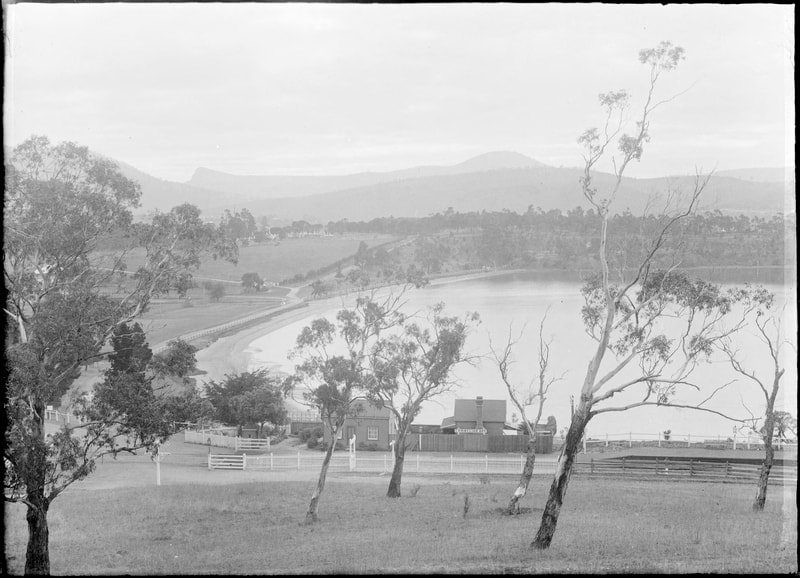 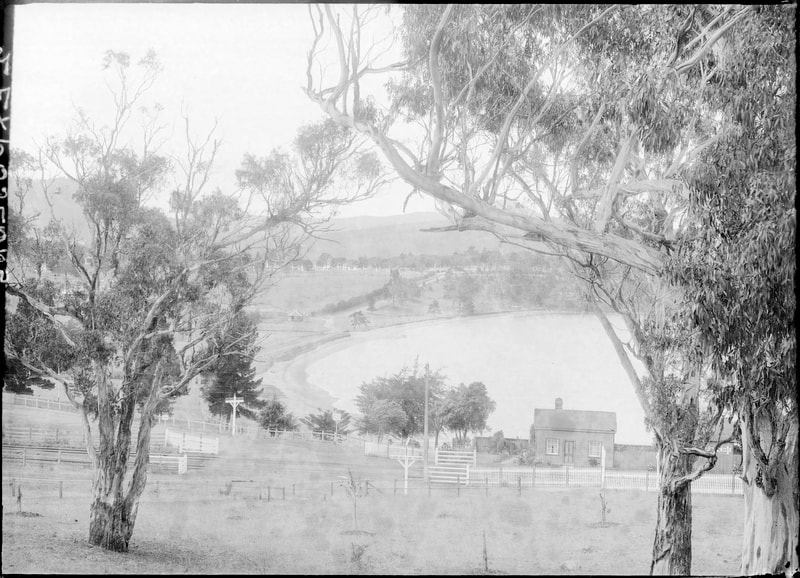 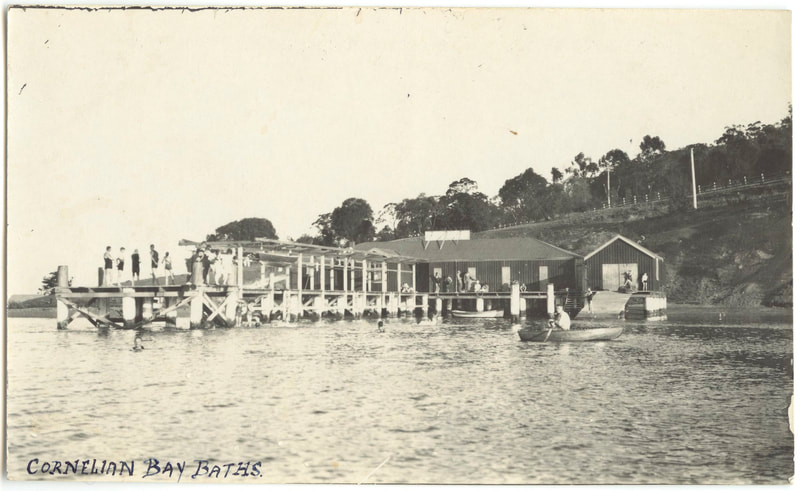 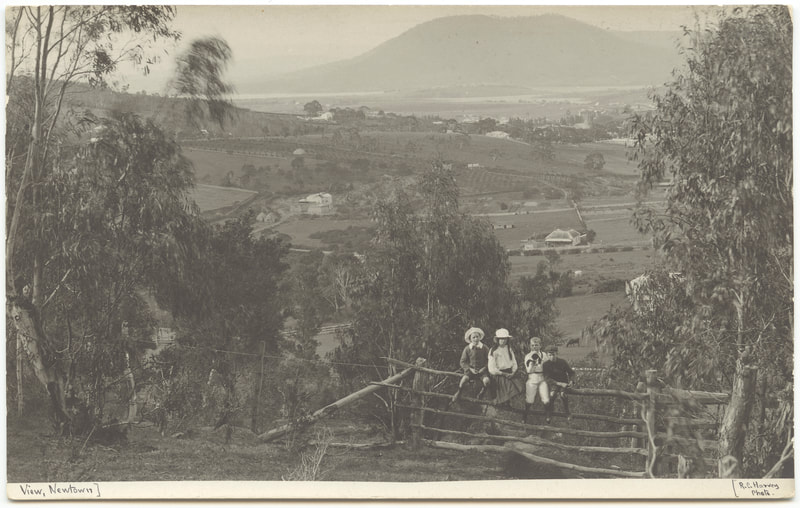 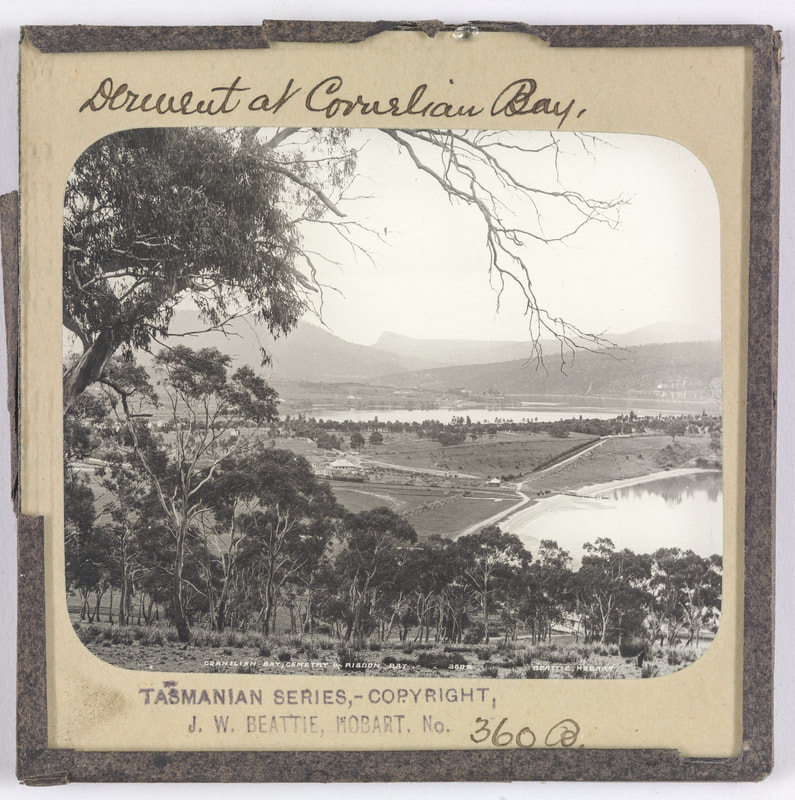 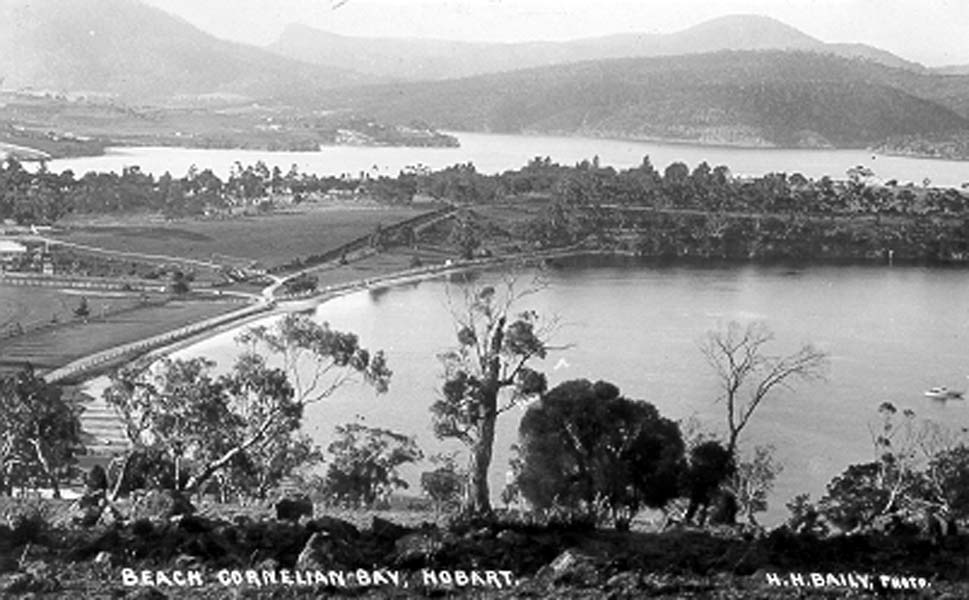 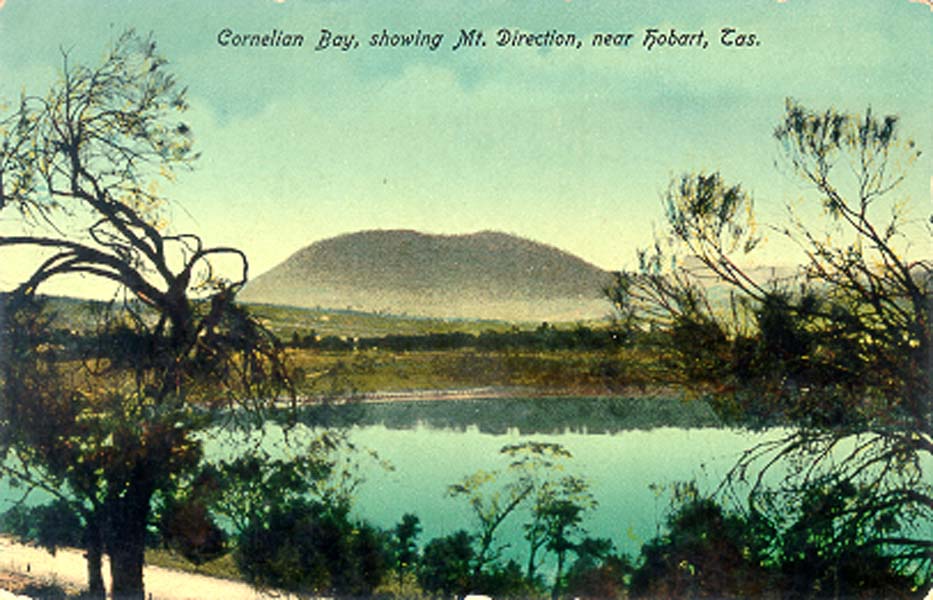 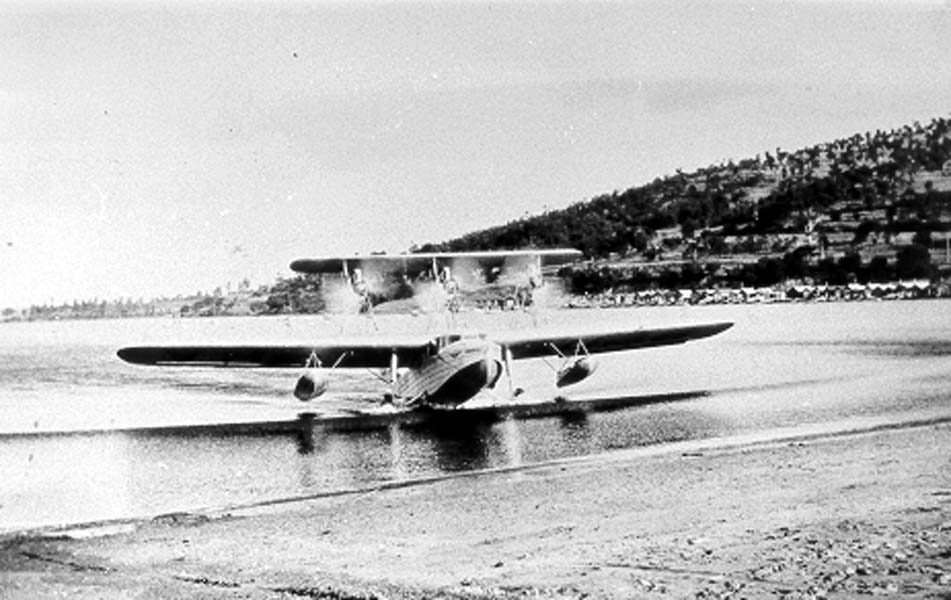 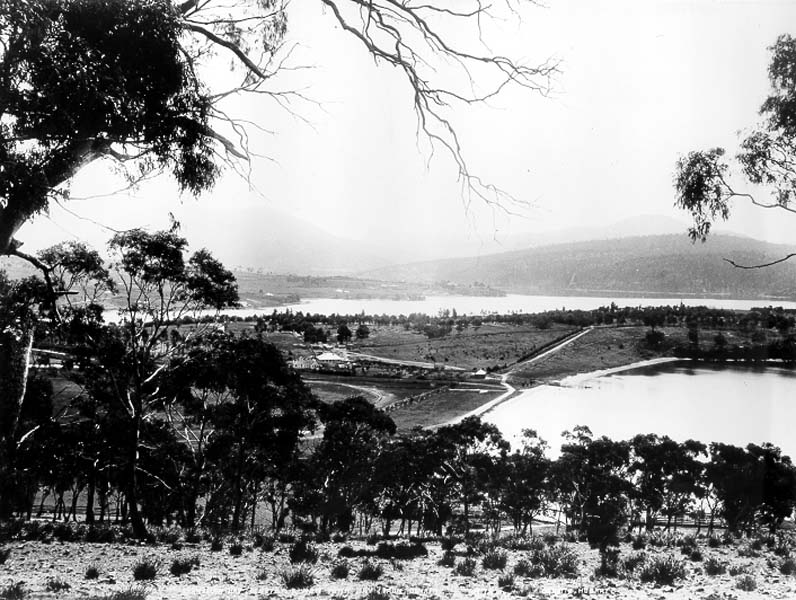 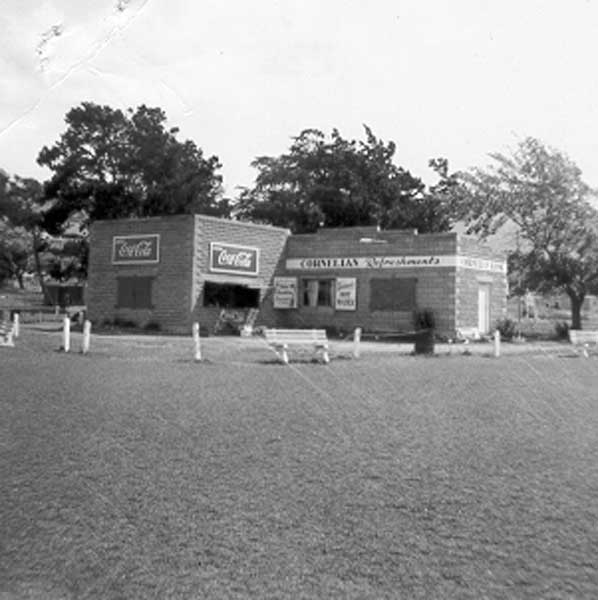