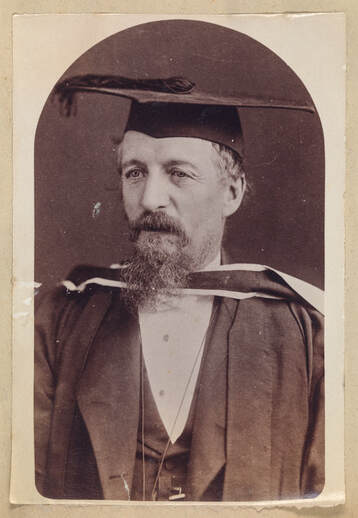 Richard Deodatus Poulett-Harris was a local cricket administrator and luminary.
One of his sons Henry was a gifted sportsman. Represented both WA and TAS in cricket.
One of his daughters (Harriet Lily) worked as a teacher. She was also athletic.
1894: Lily founded a cricket team for women.  This was the first cricket team for women in the Australian colonies. Lily Poulett-Harris was the first captain of the first Australian women’s cricket team.
The Oyster Cove Ladies Cricket Club played on the Domain. Other clubs to follow them and play against them were Atalanta (Hobart Quakers); Heather (Hobart) and North Bruny. The following year Green Ponds; Ranelagh; Huonville.
Lily was a batsman who normally opening the batting.
They played cricket in dresses.
1897: Harriet Lily passes away at the age of 23 from tuberculosis. There is a memorial to her in All Saints church Macquarie St Hobart. She is buried in Cornelian Bay cemetery. Her father was later buried in the same grave.
An article in Sydney’s Daily Telegraph in 2016 about Lily. She was described as Australia’s first female cricket star who inspired many other women to take up sport.
1899: Richard passes away at Peppermint Bay.
1900: Statue erected in park adjacent to the University Reserve.