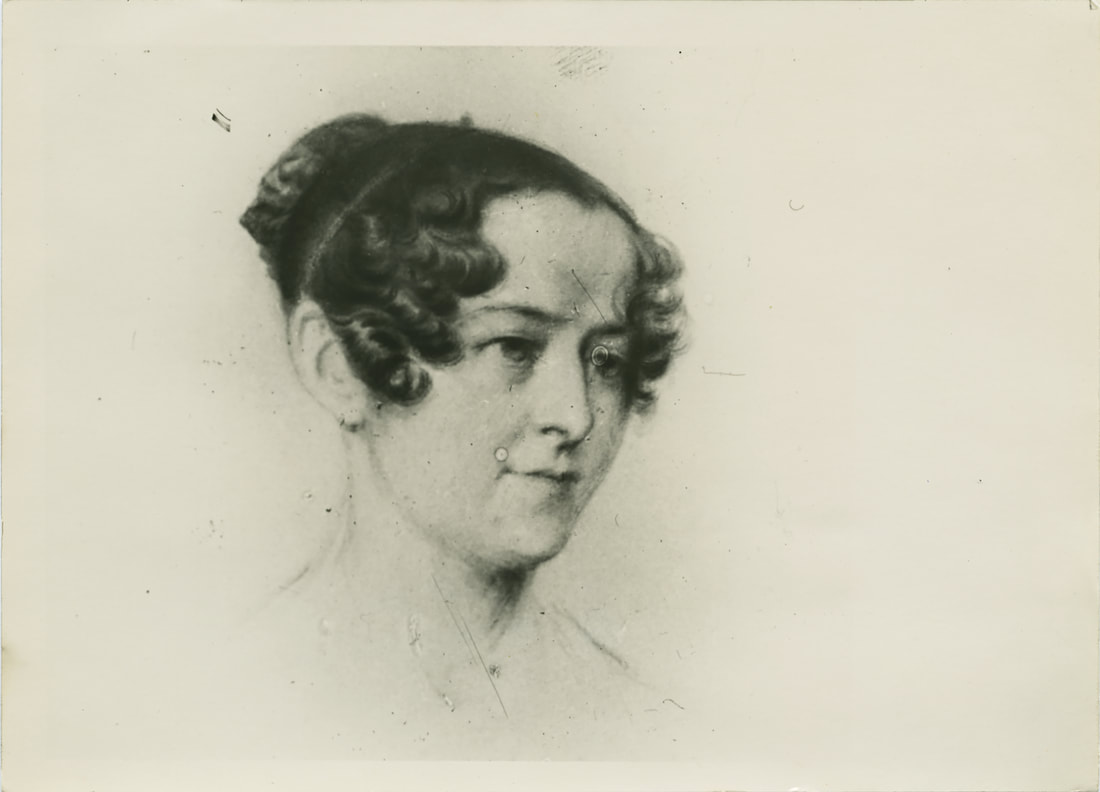 1791: Born in London. Father a weaver. She was well educated then had travels on the continent.
Became attracted to and very friendly with Dr Roget. Roget’s Thesaurus.

1836: She becomes wife of the Governor of Van Diemens Land.
She was intelligent and determined to assist create an infant nation.
She didn’t want to be a passive wife of a Governor.

1839: She influenced her husband to found a Royal Society for Advancement of Science.

1841: Attempted to form “Tasmanian Ladies' Society for the Reformation of Female Prisoners.” Unsuccessful.
Planned to rid the island of snakes. She offered one shilling for every snake’s head. Cost her 600 pounds one year. She was told to stop the plan as it caused a lack of discipline.
The driving force behind Christ's College.
She loved to travel. First European woman to climb Mt Wellington. First woman to travel overland from Melbourne to Sydney. First woman to travel overland from Hobart to Macquarie Harbour.  She traveled to NZ where a fern was named after her.
She was one of the first women in Van Diemens Land with education and knowledge of upper society. She raised the bar. Set a new standard for behaviour for the new gentry.  She was also determined and normally got what she wanted.

1842: Built Ancanthe.  She built a model of a Greek temple and housed a museum of natural history.  Most believe the design of the building is based on Lady Jane’s European travels prior to marriage.
After she left Hobart nothing happened at Ancanthe until 1949. Given to Art Society Tasmania. Now called the Lady Franklin Gallery. She climbed on the roof to tell the workmen how to lay the slates.

1843: Returned to England. She left the museum to Queens College.

1847: She organised many search trips to find her husband or his fate. These trips explored and mapped large areas of the Arctic.
She then traveled widely with a niece. Scotland, United States of America, Hawaii, Japan, and India.

1948: Arts Society of Tasmania moved in.
Art exhibitions are common. Hours are 11am to 4pm. The use of the building is close to what Lady Franklin envisaged.
Lady Franklin Gallery is open to the public on weekends between 11am and 4pm.