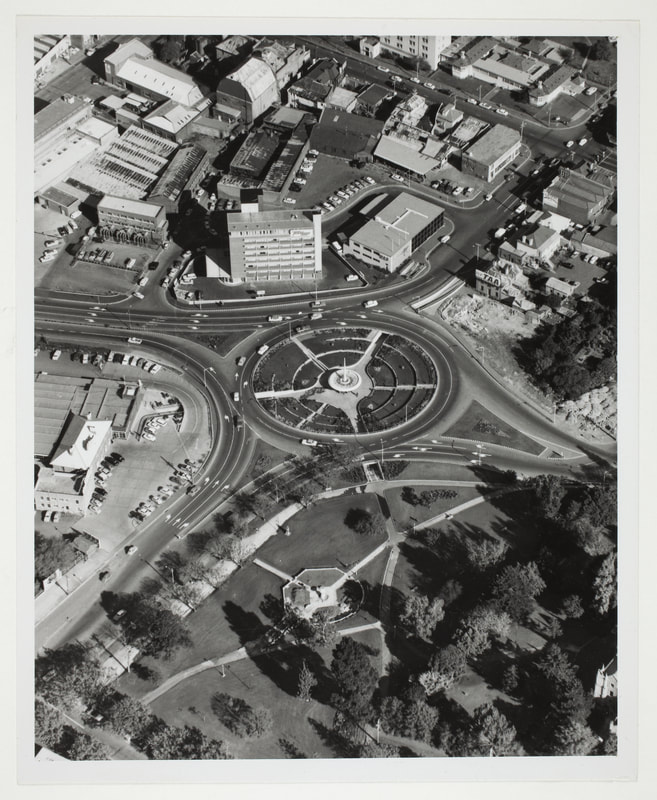 1945: WW2 ended. Optimism abounded. The future was exciting and changes were coming. This was the prevailing mood when the roundabout was designed.
There was an international competition to design a new roundabout. It was won by a group of designers from Cadbury, Hobart.
The design features cars of the day, jet fins and space ships. Including an underpass from the city to the Domain.
The fountain had 92 coloured lights, 120 fountain jets and a model spacecraft.

1962: The roundabout was built.
1963: The fountain was officially opened.
It is called the Railway Roundabout because the ABC is situated where a railway station used to exist.
It was a memorial for all Hobarts mayor, whose names are all engraved on the sandstone.
Recently the fountain has been renovated. It is now much easier to change the color of the lights. This is done regularly on special occasions.