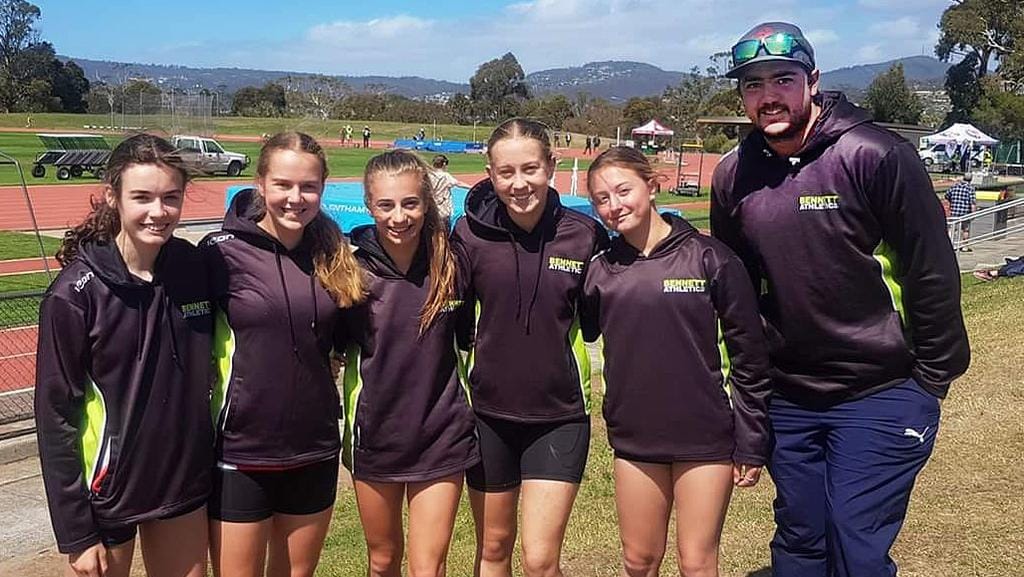 A POSITIVE culture and supportive environment is the key to the success of Simon Bennett’s tight-knit group of athletes, he says.
Mr Bennett, who runs Bennett Athletics and is mostly based at the Domain Athletic Centre, has been voted by Mercury readers as the state’s best coach in an online poll featuring more than 40 Tasmanian coaches.
The 29-year-old, who was a successful track and field athlete as a teenager, took up coaching to stay involved with the sport he loves after suffering from injury.
“After I got injured, I decided I didn’t want to leave the sport … I drifted into coaching and never stopped,” he said.
“The sport gave me a lot of opportunities as a teenager and this enables me to give back and have an impact on young athletes.”
He said he has been coaching for 12 years, starting out informally but now developing a squad of 32 ranging from juniors just starting out to mature-age athletes who had a more competitive focus.
He said there was a strong culture among athletes to support each other and it was rewarding to hear of athletes’ successes outside the track.