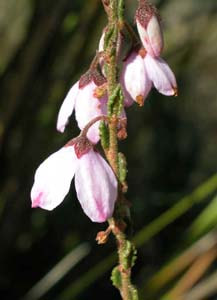 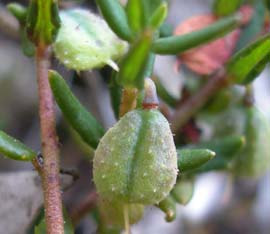 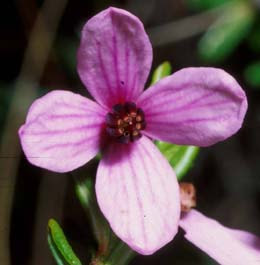 A genus of about 50/60 species.
Endemic to Australia. Majority of species in south-western Australia. 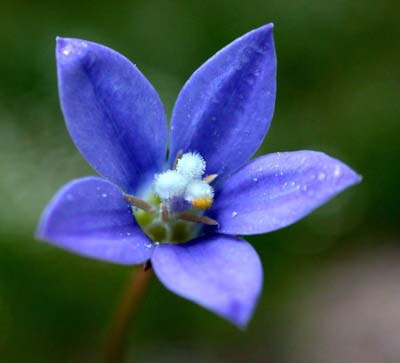 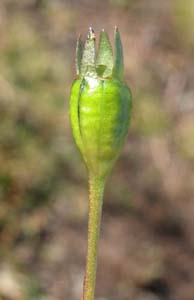 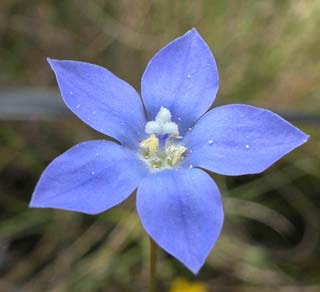 A family of 84 genera, 2400 species of herbs, shrubs and small trees.
All continents except Antarctica. Common on Pacific Islands with Hawaii being very rich.

Roots: taproot and spreading rhizomes.
Stem: 60 cm high. Leaves in bottom half.
Flowers: 1,2 or 3 at the end of stems. Five blue sepals. Five petals that are joined to from a tube with five lobes. Five stamens joined together.
Leaves: opposite. 1 to 5 cm long. 1 to 3 mm wide. Thick margins.
Distribution: NSW, Victoria, SA and Tasmania. 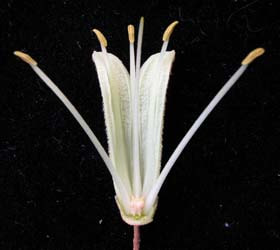 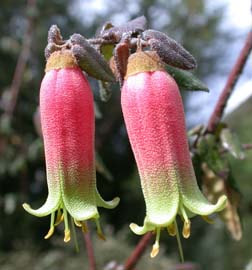 A family of flowering plants including citrus; boronia. 160 genera 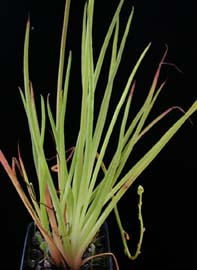 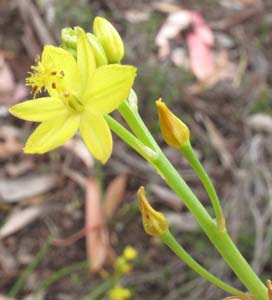 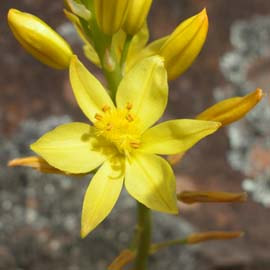 A genus of succulent plants.
Flowers are racemes. Most are yellow. Bearded stamens. 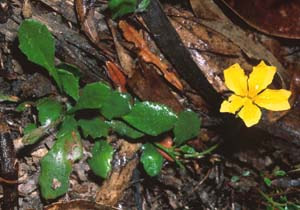 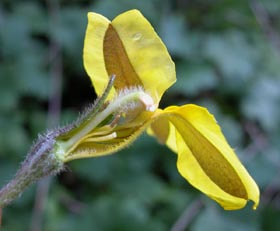 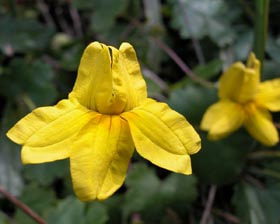 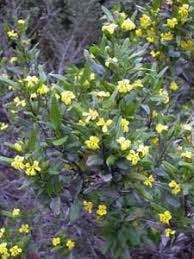 A family of flowering plants. 12 genera.
Most are Australian herbaceous plants with spiral leaves.

A genus of 179 flowering plants.
Named after Bishop Goodenough in 1793.
Apart from five species the rest are endemic to Australia. 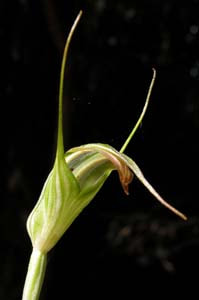 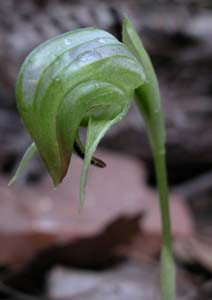 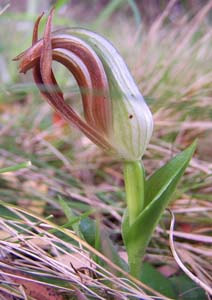 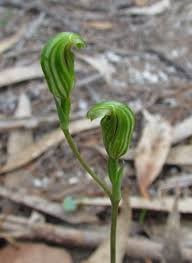 A very large family. 763 genera. 28,000 species.
Colourful, fragrant flowers.
Perennial herbs with no hard wood.
Many structural variations in flowers.
Pollination. Many specific unusual systems. Chance of pollination is often scare. Therefore, flower remains receptive and blooming for a long period of time.
Vanilla is the dried seeds of an orchid.

A genus of 300 species of plants.
Terrestrial, perennial, tuberous herbs.
Location: Australia, New Zealand, PNG, Pacific Islands.
Flowers: green some with brown, red or white stripes.
Tuber of the orchid is spherical and lasts a year. As it groins It produces another tuber to replace itself.
The fruit of the orchid produces 500 tiny seeds.

Joseph Banks was probably the first European botanists to see the greenhood orchid but many of his specimens were lost. Labillardiere was first to formally describe the orchid. A specimen from Bruny island.
Pollination of greenhoods is by tiny flies or mosquitoes. Often the pollinating insect is trapped in the flower.
Three species occur on the Domain.

They are similar except for the shape and colour of the flowers.
Leaves: 30 cm long arises from a rosette of 5/6 leaves.
Flowers winter/spring.
Dies down after flowering.
All species occur in Queensland, NSW, SA, Victoria, Tasmania 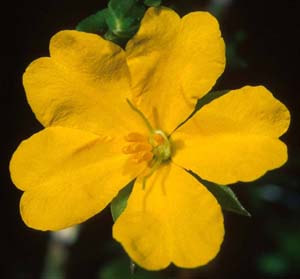 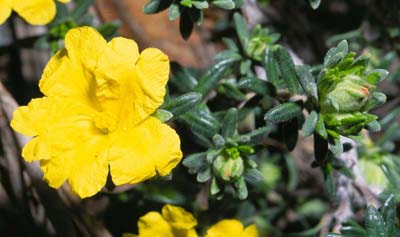 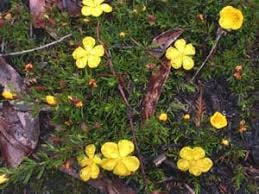 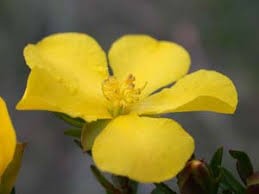 The name comes from George Hibbert. An English merchant 1757-1837

There are three Hibbertia plants found on the Domain. The plants all have different shapes and similar flowers.
All have bright yellow flowers in spring.
All are found on the mainland.